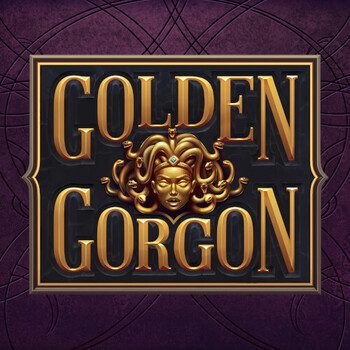 In Greek Mythology, Gorgons are mythical women that have vicious serpents on their heads instead of hair as well as scaly skin, long tongues and wings made of gold. It’s a well-known fact that anyone who looks them in the eyes will turn to stone. But with a game of Golden Gorgon, there’s no need to fret, the myth is twisted and they’ll turn symbols into gold instead.

Set in a 5x3 reel grid, this game has a high volatility level and an overall average payback of 96%. Landing 3 or more matching symbols on any of its 25 paylines will constitute a win.

What makes this game different is the Gorgon Gaze feature which is triggered whenever there’s a winning spin. The Gorgon will turn the winning symbols into gold and keep them locked onto the reels. You will then get a free respin with more chances of winning. This feature can keep going for as long as there are new winning combinations in sight. But if a different winning symbol lands during a respin, it will not be locked but paid out on the next respective spin.

If you’re lucky enough to fill all the reels with winning symbols during a respin, you can even get the chance to activate win multipliers. For every reel you fill from left to right, you can get an increasing 1x multiplier: reel 1 for 1x, reels 1 and 2 for 2x and so on.

Golden Gorgon is playable on any mobile device with Genting Casino. Set your budget and spin away! Just remember to stick to your limits and play while it’s fun, not futile!