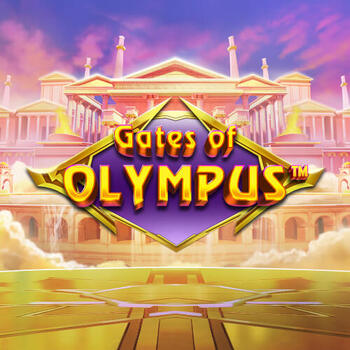 Produced by
Pragmatic
Players who love Ancient Greek-themed slot machines should check out the Gates of Olympus slot. Developed by Pragmatic Play, this game sets players on an extremely volatile journey to meet Zeus, the ancient Greek god. During a random spin, the deity can unleash a range of thrilling bonus extras. They include free spins, the Tumble feature, and multiplier boosts of up to 500x.

Players can play Gates of Olympus on a grid that provides 6 reels, 5 rows and a Win-All-Ways payline system. To create a win, they will need to land at least 8 matching symbols on the reels. This doesn't need to be on a payline, in a cluster, or on adjoining reels. In addition, the game comes with an above average RTP of 96.5%.

No matter the budget, any player can access and play the Gates of Olympus slot online. This is due to its wide wagering range which begins at 0.20 coins and rises up to 125 coins per spin. This journey to Ancient Greece is a volatile one, which means players must tread with caution. The most that can be won is 5,000x the total stake.

Players will come across a typical Greek mythology theme when they play Gates of Olympus slot. On the reels, there is an assortment of symbols. These include 5 low-value gemstones as well as rings, cups, crowns and sand timers. The most lucrative standard symbol is the gold crown which awards a payout of 50x for twelve of them in combination.

There is plenty happening in this Greek-themed video slot. It all starts with the Tumble feature which activates when a player hits a winning combination. As a result, the participating symbols explode and disappear from the grid and new symbols appear to take their place. The game then calculates and awards a payout with the feature continuing until no new winning combination is created again.

Then there is the Multiplier feature. It triggers at random when the animated Zeus rises up from slumber and throws a winged spherical object onto the reels. The objects carry with them multipliers of up to 500x and if a player lands several of them, their values are taken together. This feature can trigger in the base game and in the bonus round.

The ancient Greek theme is very popular in the online slots world. Pragmatic Play has once again made a great addition to the line-up by releasing the Gates of Olympus video slot. The game offers a favourable RTP of 96.5%, meaning payouts will come consistently. Concerning features, the free spins spice up the gameplay as they come with massive multiplier boosts.