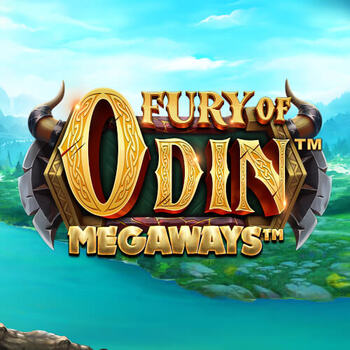 Produced by
Pragmatic
Norse gods battle you in Pragmatic Play's The Fury of Odin. The Fury of Odin Megaways slot machine by Pragmatic Play features Norse gods battling it out on 6 reels with traditional holiday symbols like gingerbread guys and chocolates. This slot machine is of epic dimensions, offering a high level of volatility, 6 reels, 117,649 ways to win, and a plethora of additional features. Keep an eye out for golden Fury symbols to activate wilds and respins, while shield scatters award you with additional free spins with growing multipliers. Play Fury of Odin online to know more.

About Fury of Odin Megaways

The Fury of Odin Megaways game uses the Megaways engine, as you can tell from its name, which enables you to play with up to 117,649 paylines. Six reels and as many as seven rows are used to hold the action. Wins are given when three or more matching symbols appear from left to right on an active payline.

You may wager between 0.20 and 100 every spin on the Fury of Odin Megaways online slot. You can play the game on any desktop or mobile device and win up to 15,000 times your initial wager because it is mobile-optimised. Make sure to activate the game's special features, like the Fury Symbols, Mystery Symbols, and Free Spins, to get the huge prizes.

The Fury of Odin Megaways design was inspired by Norse mythology, a popular topic in online slots. You will be transported to Norse regions with harsh mountains as soon as the game launches. A dramatic music and two Norse figures surrounding the reels on either side enhance the exciting gameplay.

The low-paying symbols on the reels are 9, 10, J, Q, K, and A royals, which can pay out up to 1.5 times the bet. Then, four high-paying symbols—Freye, Aegir, Thor, and Odin—designed to resemble four Norse Gods—arrive. A 5-of-a-kind combination can earn you up to 10 times your initial bet. A symbol with a gold frame is a wild and can be used in place of any other sign.

In addition, a locked icon with a mystery symbol has been created. The Free Spins bonus is activated by the scatter symbols O, D, I, and N. Finally, another additional feature may be activated if Odin's bust appears in the top tracker.

Fury of Odin Megaways has few amazing features. Wilds, however, can only land on the top of reels 2 to 5, as they can only slide in on the top horizontal reel. The Tumble mechanic eliminates winning symbols, enabling endless additional wins per round as long as you keep winning.

The fury symbol will continue to function until the wilds it has generated result in a win, and with each respin, the amount of wilds it has produced rises by one. This doubles the minimum number of win ways every respin and gives you up to 6 wilds. Beginning with 1 to 500 win ways, it rapidly increases to a maximum of 117,649 win ways on the seventh respin and later.

Randomly occurring mystery symbols all transform into the same randomly selected symbol. On a spin that doesn't result in a win, the Max Ways Guaranteed Win feature may occasionally activate. The symbols are then reconfigured with a maximum number of megaways and a win of at least 10x guaranteed.

In order to enter the Bonus Round, which awards 10 free spins, you must use gold scatter symbols to form the letters O-D-I-N. Per extra triggering scatter, you also receive an additional +2 spins. The win multiplier for the progressive bonus round begins at x1 and rises by +1 for each successful tumble.