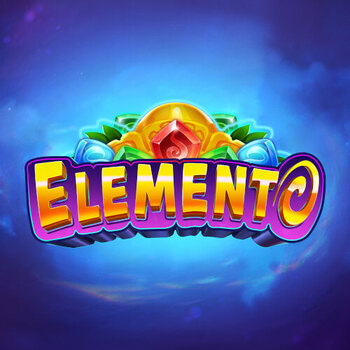 Stand against the four elements of earth, air, fire, and water as you play Elemento and attempt to win over the odds of the slot gaming world! Built as the first grid slot of Fantasma, the developers of this game went all out with a relatively large gaming field–perfect for players looking for a more challenging pattern.

Elemento is played on a 7x7 inner grid known as the Play Area where pay symbols are situated while modifier symbols remain on sight in the outer ring called the Element Area, creating the unusually large 9x9 game size. The game offers a competent Return to Player valued at 96.33% and high volatility, fitting perfectly to the gameplay mechanism that starts off when players place a bet from 0.20 to 60.

While the background is designed fairly plain with a swirling purple animation, found on the left portion of the screen are the four counters which individually keeps a record of the four Element Wilds. The cluster pay system of this game approves a win when 5 or more adjacent and matching sets link horizontally or vertically. Among the low pay regular symbols are the little green, big green, purple, and red candy-looking icon while the highs are made up of the four adorable characters that can produce 6x to 20x the stake when players land at least 15 or more of these.

Up to six Element Wilds can randomly appear at the beginning of each drop in the Element Area which shifts clockwise after a successful avalanche of new symbols on the grid. These Wild symbols increase the corresponding Element Meter and unravel exciting game features at the end of each avalanche including the Fire Wild, X Flood, Demolition, and Tornado.

Unlock these features and more by registering to Elemento on Genting Casino, available on all mobile devices. Remember to set a strict gaming budget and only gamble what you can afford to lose.