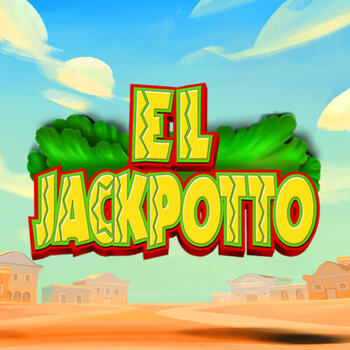 Produced by
Blue Print
El Jackpotto slot is a 5-reel, 20-payline slot machine with a Mexican wrestling theme. You can win up to 10,000 times your wager if you spin the Super Wheel. Spins range from 0.20 to 500 which is really wide and can accommodate many player types. The RTP for El Jackpotto online slot is 96% which is the industry average. Volatility is set at medium which usually means a frequency of wins with small value and some rare large wins.

The El Jackpotto game has an overall design that aims to convey a well created sense of fun. Everything in the game, from the comic-style graphics to the upbeat mariachi-themed soundtrack, has been thoughtfully created to ensure that it conveys a mood and sense of pleasure.

On a peaceful residential street, the El Jackpotto slot game is being played as Senor Burrito's cart enters the community. On the side wall of the waggon, where the game's five reels and three symbols each are located, is a hand-painted sign informing players that there are 20 paylines. The focus of this Mexican-themed game is Mexican wrestlers, and your goal is to win the title of Ultimate Luchador Champion.

With a clear Mexican theme, the symbols on the reels include Mexican-styled A, K, Q, and J playing cards, piatas, instruments (like guitars and maracas), wrestling belts, skulls, the Senor Burrito logo (which appears Super Stacked), and the Chilli Wild. The latter symbol, which is the highest value symbol and awards you 25 times your wager for 5 on a payline, can also be substituted for all other symbols.

There are many bonus features in the El Jackpotto slot machine; keep an eye out for El Jackpotto (Senor Burrito), who randomly appears in the base game and can trigger an enhanced Burrito Spin at any time. This spin can award you with random red-hot Chilli Wilds, Mustard Wilds that drip down to create a stacked wild, Tomato Sauce that reveals a mystery symbol, and Fart Shuffle that shuffles the reels to produce multiplier wins.

A colossal sign can also appear during a Colossal Fart Spin. Finally, El Jackpotto has the ability to fart on the reels, which increases the number of bonus symbols on them and makes it simpler to activate the main bonus features.

What is the maximum bet for El Jackpotto?

The maximum bet for El Jackpotto is 500 which is great for high-rollers.

What is the minimum bet for El Jackpotto?

The minimum bet for El Jackpotto is 0.20 which is great for beginners.

Can I play El Jackpotto on mobile?

Yes, you can play El Jackpotto on any mobile device or laptop.

What is the RTP of El Jackpotto?

The RTP for El Jackpotto is 96% which is the market average.

What is the biggest potential win for El Jackpotto?

The biggest possible win for El Jackpotto is 10,000x your stake.

El Jackpotto is available at Genting Casino. The site contains a great collection of slots, table games, and live casino games. Visit Genting Casino online to enjoy these games at the comfort of your own home while using any device. El Jackpotto had fun in mind when it was being designed which it conveys all throughout the game. El Jackpotto is a game we can recommend to both new and long-time players as it is straightforward and yet entertaining with its many features.