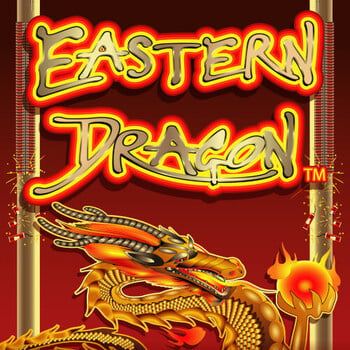 The Eastern Dragon slot game koi carp is the highest paying symbol, with 5 of them paying 150 times my stake. The lantern is the second best paying symbol, paying 50 times your stake for 5. The Ching golden coin, the lantern and the lotus flower, firecrackers and the koi carp are the five symbols that form winning combinations with only two identical symbols. A winning line requires three identical symbols for all other symbols.

The board is set against an opulent red and gold background, with golden dragon statues stuck on top of the reels. A scatter symbol, represented by a golden medallion inscribed with Chinese writing, is also present. This is a simple scatter that pays out if two, three, four, or five appear anywhere on the reels.

Scatter wins are multiplied by your total stake rather than your stake per line, so scatter wins result in larger prizes. Eastern Dragon online slot has a bonus feature, but it is linked to the wild symbol rather than the scatter.

Genting Casino slot online offers a variety of games, Including the Eastern Dragon. There is a great collection of table games and live casino games on the site. You may play Eastern Dragon using your PC or mobile device from the comfort of your own home. Eastern Dragon is a mysterious scene of a village overseen over by the famous presence of the golden dragon, which can award you a win of up to 500. We highly recommend playing the Eastern Dragon game.