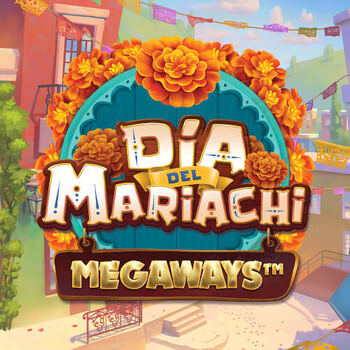 The Dia Del Mariachi Megaways slot game is a lively slot game with a Mariachi band theme. It is played on a set of 6 dynamic reels which can contain 2 to 7 cascading symbols each. The game uses the Megaways mechanic which can cause the game to have between 324 to 117,649 paylines on every spin. You can see how many paylines there are on the bottom of the reels. This slot game is highly volatile with an RTP of 96.42%.

Aside from the flowery Wild symbol, the Dia Del Mariachi Megaways slot online also has special symbols such as a piñata, firecracker, rochet, and wheel. These can appear on the game’s horizontal tracker and they award you with various modifiers when the sombreros on the top of the reels light up. The Scatter of the game is represented by a Golden Sombrero.

This feature is triggered when one or more of the game’s Mariachi band members pops up on the screen at the start of each spin. Landing one of the game’s special symbols in a highlighted position will award you with a modifier. The Piñata can get you a random bet multiplier ranging from x2 to x10. Firecrackers turn the entire reel Wild. The Rocket will turn itself along with three other symbols into Wilds. Lastly, the Wheel is where you can win one of the game’s four jackpots: Mini, Minor, Major, and Mega.

Put your party hats on and join the party! Play Dia Del Mariachi Megaways slot and enjoy colourful symbols, exciting bonus features and modifiers, all the while getting the chance to win up to 12000x your stake or one of the game’s four jackpots! The Dia Del Mariachi Megaways slot game can be found in the Genting Casino website among our collection of online slot games and table games!