Play Deal or No Deal Megaways: The Golden Box 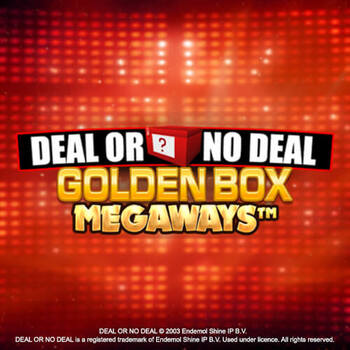 Deal or No Deal Golden Megaways low-paying symbols are from A to 9 symbols. The higher-paying symbols are the Mug, Seal, and Envelope Symbols. The highest-paying symbol in the game is the famous red Deal or No Deal box. If a player lands 6 of these in combination, they are awarded 50x their total stake. The game also features a Wild Symbol that substitutes for all symbol bars that scatter. The slot game also offers bonus features. This includes the Reaction (new symbols drop down to replace the winning symbols), Mystery Symbols (changes a random symbol), Deal or No Deal(a player can activate their own game of Deal or No Deal), Free spins feature (can begin with up to 30 free spins), and an Unlimited Win Multiplier feature (increases the multiplier by 1 with each successive reaction win). Play Deal or No Deal by Blueprint Gaming now.