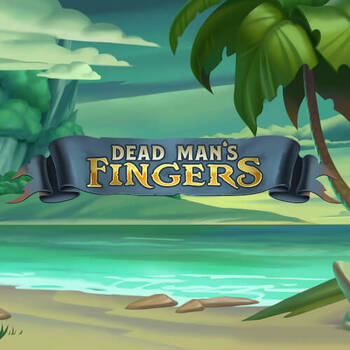 Produced by
Yggdrasil
Dead Man's Fingers slot game is a 5-reel, 4-row slot with 25 paylines. Officially, volatility is categorized as medium-high, and the RTP is 95.2 percent. If that sounds good to you, Dead Man's Fingers online slot can be played on any device with stakes ranging from 0.25 to 100. Players will benefit from symbols such as Wilds and Scatters, as well as the Free Spins bonus round and the Cash Collect feature, which will allow them to claim a piece of the massive pirate loot. This medium-to-high variance game has payouts of up to 2,740 times your wager.

The Octopus Wild is one of several significant features you'll find within, and it's a substitution that can help you construct new winning combos. It can be handy if it lands on reels 2-4.

Money Collect will be another significant bonus. You can claim Treasure Chests full of rewards worth up to 20 times your stake, but you must first land the Collect icon (the skeleton's hand). The Treasure Chest (Money symbols) will appear on reels 1-4, whereas Collect will appear only on reel 5. This feature can also result in a Grand Jackpot worth 1,000 times the bet, as well as three smaller fixed prizes (50x to 200x).

Special Scatters depicting the Compass can award 10 free spins. You'll need all three to appear on the same reel at the same time (2, 3, and 4). This feature can be reactivated by collecting another set of three scatters. The advantage of this mode is that the chances of winning quick prizes and the Collect symbol are larger.

One of the various games offered at Genting Casino is the Dead Man's Finger slot machine. On the site, you can play a variety of table games and live casino games. From simple classics to video slots with a variety of bonuses and features, there's something for everyone. You may play Dead Man's Finger slot online on your smartphone or PC from the comfort of your own home. For a fantastic gaming experience, go to the Genting Casino website.