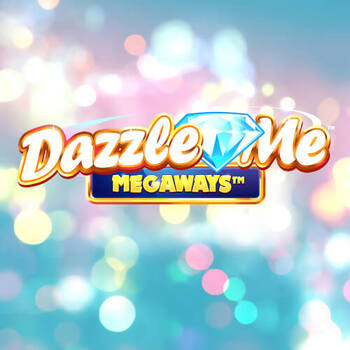 Produced by
NetEnt
NetEnt is one of the forerunners in online video game design, and with good reason. So for those who love playing NetEnt's other all-time classics, Dazzle Me Megaways slot is an obvious choice of game to play. The game combines both old and new slot features to give the game that added flair and improve the gameplay experience overall. It is an online slot worth playing. Shine on Dazzle Me Megaways

For a fan of online casinos, Dazzle Me Megaways is your go-to slot because it contains unique features that will keep gameplay lively throughout. For those who play Dazzle Me Megaways, its great features really make it stand out from the other online video slots, and are generally what keep players coming back for more. Here are some features and bonuses the game offers.

Dazzle Me Megaways has a Free Spins Bonus. It comprises three, four, or five free spins that are scattered all over the Reel. The free spins will trigger eight, twelve, and sixteen free spins respectively, thus giving players the chance to potentially win big payouts. For those very lucky players, Dazzle Me Megaways Slot Online may be their golden chance to win big.

Dazzle Me Megaways has an amazing dazzling Wild Reel. The Wild Reels can be randomly triggered in the base game. 1-5 of the reels will become super wild with diamonds. This gives players the chance for bigger winning combinations as they play Dazzle Me Megaways slot over time. Players have better chances of winning a payout with the Wild Reel.

NetEnt Games designed and launched Dazzle Me Megaways. It is mobile-friendly and thus is playable on all electronic devices. The current updates by NetEnt include developing its games with HTML5. This allows players to access the games from any device and get a top-notch gaming experience, meaning that players can play from the comfort of their own home or on the move.

Dazzle Me Megaways introduces linked reels that operate as synced spins in the NetEnt game. Reels one and two will spin to get identical symbols. In the same way, reels three and four will spin together for the same purpose. This gives players the potential to land bigger wins with Dazzle Me Megaways. The only disadvantage here is that this feature can't be retriggered once used.

Dazzle Me Megaways has simple visuals. The visuals include a plain white reel set with adorned basic symbols. In addition, it has a melancholic melody that allows players to concentrate while playing. Dazzle Me Megaways has symbols containing two premium icons that comprise a red 7 and a golden bell. Finally, its lower value symbols have four gemstones of different shapes and colors.

NetEnt has established itself over the years as one of the biggest names in online gaming, and Dazzle Me Megaways is no exception. The game is accessible anywhere, and on any device with an internet connection, and there is the potential to win big when playing responsibly due to its medium volatility and 99225 paylines. Play Dazzle Me Megaways today to be dazzled!