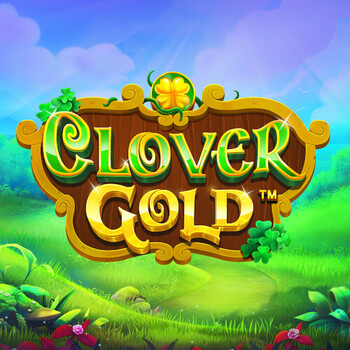 Produced by
Pragmatic
Clover Gold online slot is one of the most popular casino slots. This game features a 5000X max payout, free spins and Money Collect. It also has a wild symbol that helps create more winning combinations. Play Clover Gold and find out if you have the Luck of the Irish with you.

Theme wise the title of Clover Gold game is a dead giveaway and we are in fact looking at an Irish themed slot machine. Now as you will likely know there are a lot of Irish themed slots out there and more are being added every week. This theme continues to be popular and so making one that stands out from the rest is no easy task.

Playing on 5-reels with 20 paylines, Clover Gold slot game features money and collect features as well as a free spins round with a progressive trail leading to multipliers. If you want a subtle Irish slot that looks and plays brilliantly, then stick around for Clover Gold.

The background of Clover Gold slot online is a cheerful forest with so many green plants and flowers around the screen that all blow in the wind. There are also mushrooms, four-leaf clovers and butterflies flying across the screen.

As for the symbols on the reels of the Clover Gold slot machine, players can expect to find a beautiful red-haired lady with green eyes and accessories as well as mushrooms, gold and a tasteful looking leprechaun.

The RTP in this slot is 96.54% and there is also a medium volatility level as well in this slot.

As for the maximum win, the game offers 5,000x your stake.

The tree of life symbol is the one that works as the game’s scatter addition. This one can appear on reels two, three and four only, and whenever three of them show up, you receive a 1x your stake payout. Additionally, the free spins round is activated at this point.

The four-leaf clover serves as the slot’s Money symbol. It shows up on reels one, two, three and four only. On each spin, the symbol takes a random value from a predetermined set. Five types of collect symbols are also active, and these appear on reel five only.

If you spin three bonus scatter symbols into view on the reels, you will win eight free spins to play through as a result. Money and Collect symbols remain active throughout free spins, and a progressive feature is also in operation.

All Collect symbols will be gathered during the eight free spins and added to a trail. Every 4th Collect symbol gathered re-triggers the feature with eight more free spins. At the same time, the multiplier for Money symbols increases to 2x, 3x or 5x for the first, second and third re-triggers, respectively.

Harness the luck of the Irish and play Clover Gold slot at Genting Casino. Genting Casino has 50 years experience in the gaming industry, making them one of the pillars of online gaming. Play with confidence at Genting Casino and pack heavy with Irish Luck and win big.