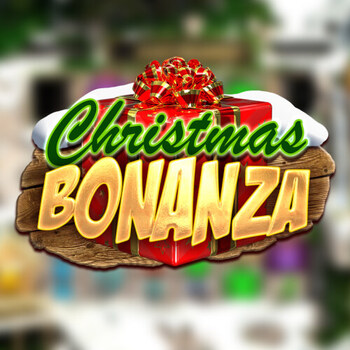 Produced by
Big Time Gaming
Big Time Gaming's volatile Christmas slot machine, Christmas Bonanza game has a maximum dynamic grid size of 6x7 reels and 117,649 ways to win. All stages provide cascading wins and wild symbols, and the bonus game features the same legendary infinite progressive multiplier mechanism as the original game. Up to 26,000 times your wager is possible to win. Christmas Bonanza online can be played for as little as 0.20 and all the way up to 40 per spin. The game also has a return to players rate of 96 percent. Play Christmas Bonanza and know more.

Visually, everything is very similar to the original Bonanza: there is a small stone-enclosed cottage to the left of the reels on a mountaintop, with lush green grass and a waterfall to the right of the reels. The mountainside is currently just sparsely covered in snow, and the amount of snow falling throughout the entire scene is likewise relatively gradual. Fairy lights have been added to the shack, along with a fire inside that emits smoke from the chimney, and our four high paying gem symbols have been changed to gift boxes, which is the final visual aspect of the holiday season.

Christmas Bonanza online slot is a 6 reel slot machine where wins are created by matching 2 or 3 symbols on neighbouring reels starting from the leftmost reel. There are a maximum of 117,649 ways to win because each reel may have up to 7 symbols (including the top row of carts above reels 2–5). The first set of symbols are non-premium 9s, 10s, Js, Qs, Ks, and As, which pay out between 0.10 and 0.20x bet for three of a kind and between 0.80 and 1.75x bet for six of a kind.

While they still maintain their traditional colours, which have come to be the colours of all Big Time Gaming premium symbols, green, blue, red, and purple, the premium end now has four presents to keep things in accordance with the theme. For three of a kind matches, starting with green, blue, and red presents, wins range from 0.25 to 1x bet to values between 2 and 7.50x stake for six of a kind. Purples complete the standard pay table and are the only symbol that pays twice; for example, get 2, 3, 4, 5, or 6 of them to win 2, 5, 10, 25, or 50 times your original wager.

​​Christmas Bonanza slot machine didn't really change anything about how simple Bonanza was in the past, other than the audiovisuals. As a result, Reactions and Wilds continue to be the two primary gameplay elements in the base game. With Reactions, all winning symbols are eliminated from the reels after each spin. The existing symbols will then go to the bottom spot on each of their separate reels that is still available, and fresh symbols will fall from above to fill in the spaces that remain.

Symbols either drop down on the main reels or from the right on the top reel into the gaps when a winning manner occurs in this classic Megaways combo. The process repeats itself as long as new wins keep coming in, and if another win is made after the symbols drop or move, it too disappears from the board.

The scatters are G-shaped, gold square symbols. With four of them, O. L. D. starts 12 bonus spins. If more than 4 scatters appear, each additional scatter increases the number of bonus spins available by +5. Landing three or four scatter symbols awards +5 or +10 more bonus spins, respectively, while the bonus spins round is ongoing. The limitless multiplier, which starts at x1, is one of the key advantages of bonus spins. Each reaction victory results in an increase of the win multiplier by 1, with no upper limit.

The video game Christmas Bonanza is fantastic. The gameplay is unchanged from before. Wilds and Reactions keep the main game moving along, but bonus spins, with 12 bonus spins and an unlimited win multiplier, are where things really take off. This game is a must try. Play Christmas Bonanza and win.