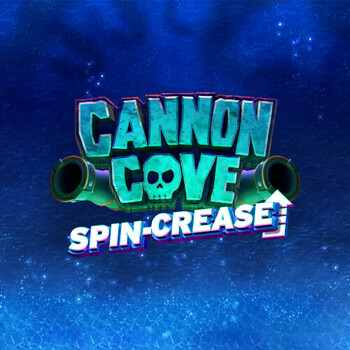 Get ready for something extraordinary as High 5 Games has published a new Cannon Cove that is really unique from other releases in 2022. You will get the opportunity to take part in a naval battle against rival pirates thanks to this hit. In this game, you play both a mechanic and a ship captain who must upgrade his ship and gather enough TNT to battle the evil Kraken.

The Cannon Cove slot game has interesting gameplay that lets you use the classic 5x6 scheme. When you trigger the bonus level with free spins and extra multipliers, a fun sea fight can transform into an Eldorado. And the following is how it works: You activate the slot, choose your stake which may be between 0.20 and 40, open the information menu to learn about symbol payouts. The gameplay takes place on 6 reels and each of them runs horizontally upwards. As a result, there is one drum at the bottom and six at the top. Ship symbols will be included in the base game on several lines . Red symbols, for instance, pay between 0.5x and 1x, purple symbols, between 2.5x and 5x, blue symbols, between 10x, and turquoise symbols, between 25x and 250x. Furthermore, additional symbols like tentacles, dynamite, an arsenal of guns, and jewels may appear. The combat mechanics in particular makes the game story very interesting. You'll be taken to an actual pirate ship when you play this slot machine. The most interesting part is that you will battle not only other pirates but also the powerful Kraken. If you gather enough TNT supplies, you won't need to be afraid of the monster.

Set sail and enjoy the sea experience as you sign up for Cannon Cove at Genting Casino, which is accessible on any mobile device.