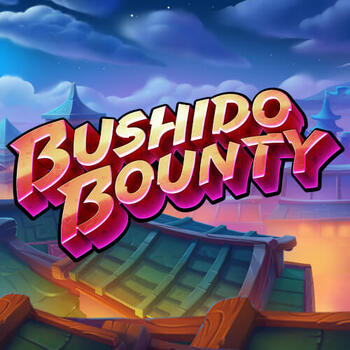 This slot game has a standard spin mode and a turbo spin mode. Bushido Bounty has some interesting game bonus features. The bonus feature includes the Free Game Bonus, Expanding Wilds, and Scatter Bucks. The players will be rewarded with three free spins when at least three scatter samurai symbols land on the reels. Additionally, 8 free games are rewarded for 3x scatter and 15 free games are given for 4x scatter. The Expanding Wilds can only appear on the reels 3,4, and 5. This bonus feature expands to the left and replace all other symbols that occupy the same position on each reel. The Expanding Wild will increase the value of its win by x2. An associated credit value between 20 and 2,000 credits when the game's wild symbol appears on the reels.