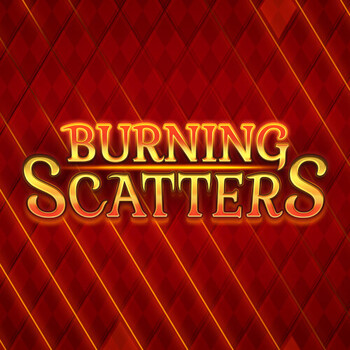 Gaming studio Stakelogic presents another flavor to the stacked fruit-themed slot game! Burning Scatters brings another twist on your typical slots by having tasteful scatters called Burning Scatters that sear through the board with winning symbols without being on a pay line. A slot machine along the roster with a chance to play it all at an all-for-nothing bet.

The game has low to mid volatility with an RTP of 95.82%. Burning Scatters is brimming with modern and polished graphics and crisp sound on top of it. A brown-toned background can be seen along with the reels encased in a gold-dipped frame. Don't think about wild scatters, free spins, and other features. Burning Scatters puts you in a state of focus by landing the highest-paying symbol by chance to score 1000x on a winning line. Land three or more symbols of the same type on any of the five pay lines from left to right. The lower paying symbols are distinguished as plum, orange, lemon, and cherries. Higher paying symbols on the other hand are the grapes, bell, and the lucky "7."

Even though not the main attraction, Burning Scatters boasts of features. The Scatter Symbol (shaped as a burning star)doesn't give free spins, but rather acts as a magic feature that pays as long as you land three symbols on the grid even if they're not connected. Super Stake on the other hand is a Stakelogic game trademark wherein pressing the yellow button doubles the bet increasing the chances of hitting vital combinations. Lastly, the slot game staple, the Gamble feature. This ups the ante by giving you the choice of collecting the win or multiplying it more! Burning Scatters will surely set your experience ablaze and get you off the hot seat only at select casinos.