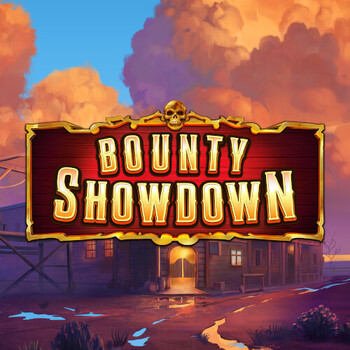 Bringing an extraordinary gaming experience to the world of gambling, Fantasma Games developed Bounty Showdown–a classic Western themed slot with refreshing game features to keep an eye out for!

Set in a gloomy, middle-of-nowhere town, Bounty Showdown is played on a plain wooden 5-reel, 10-payline game grid. The online slot game takes off after the player places a wager that ranges from 10 p/c to 100 per spin. While the theoretical return to player value comes in two varieties, the default value being 96.16% and the bonus buy version set at 97.12%, the volatility offer remains at a medium high rate.

The typical slot game rules apply, so starting with the first reel, players need at least three matching symbols to land adjacently across a payline. J-A royals make up the first group, followed by a woman with a blade, a bandit brandishing a stick of dynamite, a fierce woman, and a flaming-eyed skeleton. A  complete line of premiums can be worth between 30 to 100 times the wager.

The wild symbol, represented once again by a skull-inspired symbol, may land on all reels and can replace any pay symbol to complete winning combinations. It is also worth noting that, in this game, Wilds double as the scatter symbol, too.

Landing two bonus wild symbols unlocks the Double Bonus Respin feature. While the other three reels respin in an attempt to land at least one more scatter, the reels holding the scatter are kept in place. Players may secure a win of 10x, 25x, or 100x their original wager when 3, 4, or 5 wild bonus symbols land on the reels, and 10, 15, or 20 Showdown Free Spins, accordingly.

Revisit the classics and have a good ol’ Western gaming experience by registering to Bounty Showdown on Genting Casino. Keep in mind to set a strict gaming budget and play responsibly.