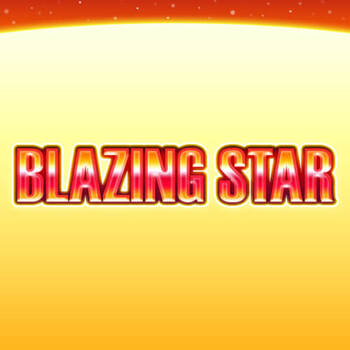 Produced by
Merkur
Blazing Star Slot is a 5 reel 5 payline arcade style slot from Merkur. Because the slot is based on the popular fruits theme used in slot machines, you'll only see fruit symbols and a Sun on the reels, with no other images. There are also some short animations. The RTP for Blazing Star Online Slot is 96.31 and playable from 0.05 to 10. The maximum possible win is 5,000x your stake. Blazing Star Slot Online has medium volatility which may mean possibly more frequent wins on smaller and some high amounts.

Traditional fruits such as orange, melon, cherry, lemon, and plum serve as symbols, bringing a sense of nostalgia to your games. Blazing Star slot game gives a chance for any beginners with a betting range this low they can see how the games were played in their classic form.

The blazing star is an addition to the symbols that, if drawn, can considerably boost your win and is undoubtedly the ultimate goal. The design of the game is simple and minimal in order to focus on the task at hand: spinning the reels and enjoying the benefits. The black background draws attention to the reels and helps you focus on the jackpot. Although there are no wild or scatter symbols in this game, there are additional characteristics that serve to make it a fun diversion. There are various different gameplay options on the Blazing Star slot machine that allow players to improve their gambling experience. Other features include bonuses, extra spins, and combinations, among others. These features are triggered during the gameplay process either by spin results or by choosing to employ the feature while playing.

Merkur took the classic gameplay of land based machines and mixed it with modern features for Blazing Star Game. The spin button will be accompanied by three options. You have the option of collecting your earnings, playing the card game, or playing the ladder game.

Collecting your prizes for the paylines will simply add them to your total and allow you to spin again. If you choose to take the card bet, you will see a pack of cards with one face up. Then you simply say whether you think the following card will be black or red. If you succeed, you can repeat this stage until you reach a maximum of 140, or the monetary equivalent.

When you choose the ladder bet, you'll be shown a ladder with multiples of currency that double at each stage. You can keep pressing the gamble button to climb the ladder and earn more money, up to a maximum of 140. During this additional gameplay, you have the option of collecting all of your wins or half of them. If you pick the latter, you will be required to bank half of your profits before proceeding.

Blazing Star is playable at Genting Casino. Play at the comfort of your own home or wherever you are on any device. Genting Casino offers a variety of slot games, live casino games and table games. Blazing Star is a great game for older players who remember playing on the land based casino games and new players with the straightforward gameplay and friendly betting range. The maximum possible win may still be inviting enough for even high-rollers.