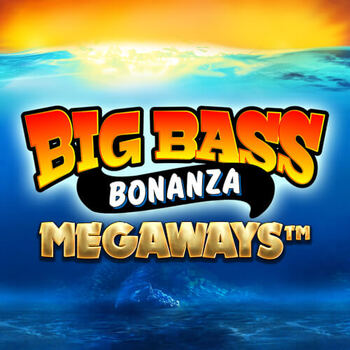 The Big Bass Bonanza online slot is a high volatility slot game but does have an above-average return to player (RTP) of 96.70%; which is a really nice touch. Bets start at only 20p per spin which is great for small budgets, but big spenders can also enjoy this slot game as wagers cap out at a whopping £100 per spin. When you play the Big Bass Bonanza Megaways slot you’ll find setting your wager easy because there aren’t pay lines to worry about.

Currently, developers Pragmatic Play are keeping things pretty quiet when it comes to the features that the Big Bass Megaways slot online will offer. As it is a Megaways slot though, we can assume that there’ll be the standard Megaways system used in this game. However, the pay lines on offer in this slot game are a little lower than normal at 46,656 ways, which is under half the usual amount (but definitely still impressive). In a Megaways slot game when a player completes a winning combination the combination will be removed from the reels and new symbols will cascade down to fill the space (hence the term ‘cascading reels’). The new symbols which appear on the reels may also create winning combinations of their own, leading to multiple wins from a single spin.

If you want to play Big Bass Bonanza Megaways then you’ll want to keep your eyes peeled on the Genting Casino website and make sure you have your account signed up and ready as you can play this slot as soon as it’s released.