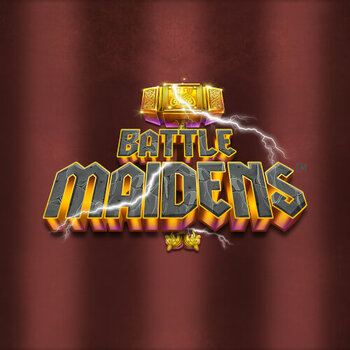 Produced by
1 x 2 Network
Battle Maidens is an interesting video slot by innovative video slot providers 1x2 Gaming. The theme has been based on fearless female Viking warriors. These powerful warriors, really make an impact towards the players' bankroll by appearing during the free spins feature as shall be seen in this Battle Maidens slot review. The warriors also reward players with specific modifiers 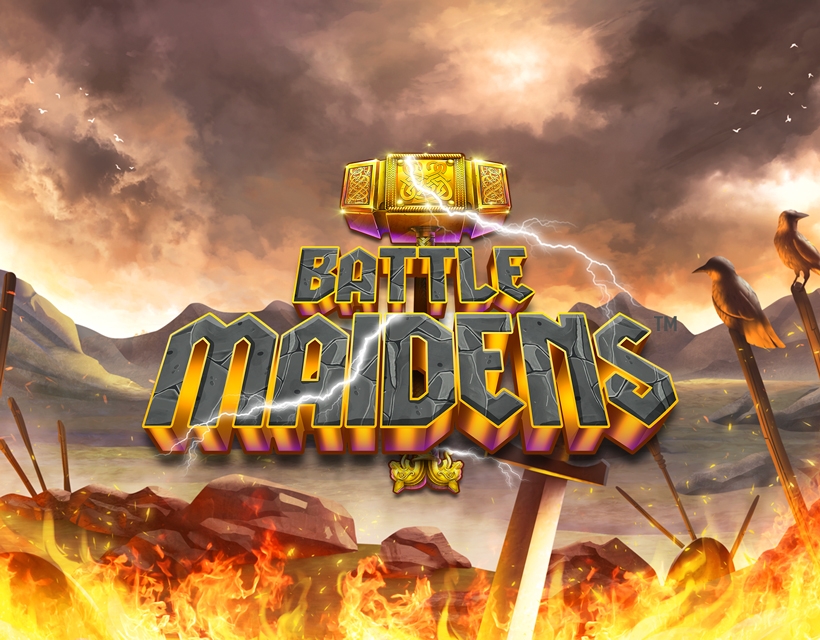 Step into the Viking world and interact with beautiful fearless Battle Maidens!

When gamblers play Battle Maidens slot, they will come across wooden Viking structures built on top of mountains, with scenery of Viking ships docked on the coast on the game menu. The game also features a 5 reel board with about 1,024 paylines. On the reels, symbols include the Tree of Life, A to J, helmets, Dragon Motifs, axes, and the hunting horn symbols.

To play Battle Maidens slot online, players can access it from either a desktop, tablet or mobile phone because, the game is playable on Android, Windows or iOS operating systems without the need to download it. The objective of the game is for players to collect three or more similar symbols on the same line on neighboring positions beginning from the leftmost reel.

When gamblers play Battle Maidens slot online, they should look out for the sword and shield symbols. These symbols are capable of paying 2.5, 5, or 12.5x a player's bet when the player lands 3, 4 or 5 adjacent reels. Additionally, players will see the 5 Battle Maidens appearing on the board where one has been restricted to her reel.

The Free Spins Feature really adds good fortune to a player's bankroll when triggered in Battle Maidens. To unlock this feature, players need to collect three or more, out of the five Battle Maidens, which serve as the (scatter) of the game, in order for them to win ten free spins. The Maidens can also unlock other extra features for players.

Acquiring the five Battle Maidens can be quite hectic but luckily, the game has an attractive in-game feature which is not common among many video slots known as, the 'buy-a-feature' whereby, players can purchase the Battle Maidens and still score ten Free Spins. However, players can only choose 3 Maidens and the cost depends on which of the modifiers the player wants to launch.

Not forgetting that Battle Maidens is a slot that has multipliers, there is a way to increase a player's multiplier which is quite a feature! Players should look out for Nefrid as this feature is only accessible when she appears on reel four. It's a guarantee that any time a player sees her, their multiplier automatically increases by one, although it's not easy for her to show up.

With that, one can't dispute that Battle Maidens, is a game that is well packaged in terms of its unique bonus features and an above-average Return To Player( RTP) rate of 96%. Players can access this video slot by visiting Ggengtingbet.com and make sure to sign up with correct details and check out this amazing game by 1x2 Gaming that comes with excellent graphics.