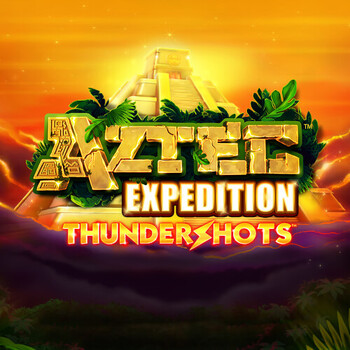 Journey deep into the jungle and discover the ruins of the once-glorious Aztec Empire. Put your hunting gear on and team up the Spanish conquistador to uncover clues of mysterious hidden treasures that lay beneath. With a 5x4 grid alongside 30 paylines, spend anywhere from 0.10 and 450 coins per spin.

Rack up steady wins when you land three, four, or five symbols on a payline, with colored gemstones as lows earning from 0.20x up to 2.50x the stake. In ascending order, the frog, snake, jaguar and medallion of destiny can award from 0.60x to 10x the stake for three, four, or five-of-a-kind. Landing a set of 3, 4 or 5 of the Conquistador earns from 1x to 20x the bet, while the wild, represented by an Aztec mask, awards from 2x to 50x the stake. Unlock the Gates of Destiny when three bonus scatter land on the 3 middle reels. Spin the wheels for bonus features depending on the number of gems you land. One gem awards 12 free games. Landing a bonus scatter at the end of each spin awards an extra spin. Wilds stick to the reels for 5 consecutive spins to boost wins. Three gems trigger the Treasure Run as the conquistador runs for his life. Pick 1 out of 3 chests to extend the run for a prize. Speed him up to buy more time or slow him down with an obstacle. When a boulder squishes the explorer, you get to receive whatever loot he has amassed. Five gems activate the Temple of Gods feature where choosing a block will reveal bronze, silver or gold coins. The coins will earn you different rewards including jackpot payouts. Six gems unlock the Thundershots bonus. Spin a wheel with some blanks and prizes such as instant cash, and any of the four Gates of Destiny features.

Register to Aztec Expedition Thundershots to Genting Casino, playable on all mobile devices. Stick to your gaming limit and keep gambling fun.