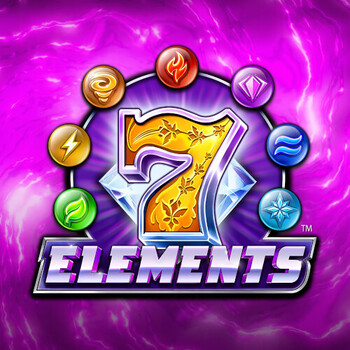 Produced by
Relax
7 Elements Slot Machine is played on a 6-reel, 4-row matrix with 4,096 possible winning combinations. The 7 Elements Online Slot game can be a highly rewarding online slot because the maximum possible win is 25,000x your stake. Featuring a large game grid set against an electric purple swirling background. Four game-created superheroes grace the reels, each representing a different element – air, fire, earth, and water – and each with different reel-modifying skills.

The RTP of 7 Elements Slot Online 95% and 96.5% when the bonus buy function is activated. The volatility, both of which are officially classified as 'Very High.' This may mean that there are stretches of non-winning spins and also large possible wins which is welcome because of the maximum possible win of 25,000x your stake. The bet sizes range from 10 to 40.

Winning combos are formed when three or more matching symbols land from the left-hand side in adjacent reels using a win-all-ways pay mechanism. It makes no difference where you sit in the row. The paytable shows seven low-paying element symbols earning 2.5x to 3x the stake for six of a kind, followed by four high-paying heroes worth 5-6 times the stake. A slightly out of place appearing lucky 7 wild symbol completes the picture, substituting for all symbols except free spin Scatters.

Future Powers is tied to Power Effect elements that gamers can use to enhance their experience. The active Power Effect, as well as a 'Swap' button, are shown above the reels. This will bring up a list of various Power Effects from which you may choose. It's possible that there won't be many at first. 4ThePlayer, on the other hand, promises to release more of them throughout the year, as well as changes to the game's aesthetics. For the time being, some potential Power Effects include:

The 7 Elements Slot Game bonus round begins with 10 free spins when three or more scatter symbols appear (or you can buy the round for a total price of 56x the bet). An Elemental Hero Gem overlay has been added to each premium hero symbol. The diamonds are collected in one of the four metres each time they strike. The feature of the metres is enabled when they are filled. After the metre is reset, the collecting process resumes at a higher level.