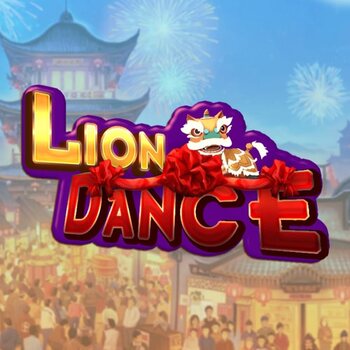 Produced by
Red Tiger
With a 95.18 percent RTP, the Lion Dance slot game has 5 reels and 40 paylines. Scatter symbols, Wilds, bonus games, and free spins are all included in this non-progressive slot game. Lion Dance Slot Game can grant you a 1,076x bet jackpot and may be played on both desktop and mobile devices. The betting range is large, ranging from 0.20 to 500 per spin, making it suitable for all types of players. It's available in four different world settings, each with its own set of modifiers, such as huge, spreading stacked, and mystery victory symbols.

As for symbols, there are many theme-related things, while the remainder of the icons belong to the low paying array of symbols. There is a red lantern, a cymbal with a crimson ribbon and a drum symbol in charge of large payouts, whereas A, K, Q, J and 10 inscribed in the form of Chinese calligraphy make up the lower values. The magnificent lion is the game’s Wild. A Free Spins Scatter symbol also appears on the reels, as well as a random Lion Dance performance.

Lion Dance Slot Machine has unique features that match the theme. Reflective of the festivities that these lions are present in.

This is a selection of four features which are triggered randomly when the lion appears in front of the reels:

The Free Spins feature when you play Lion Dance is activated by landing the free spins Scatter on reels 1, 3 and 5 on the same spin. You'll then be given up to 18 free spins, each with one of the special planet modifiers in effect to increase your chances of winning.

You can play the Lion Dance Slot at Genting Casino. The site offers an extremely wide selection of table games, live casino games and slots. One of them is the Lion Dance Game. The game caters to all types of players from high-rollers to first timers with its wide betting range. It may not have the highest multiplier for a max win with 1,076x your bet but like in many popular slots the higher you risk the higher you can win. It is loaded with features that can keep new players engaged.