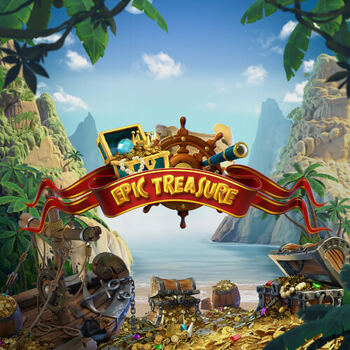 Anchors aweigh! This game sends you to a daring adventure on a quest to find an epic treasure believed to have been shipwrecked many decades ago. Pirates and sailors race against time to recover and claim the sunken treasure in some long forgotten bay. The slot is made up of 4 rows by five reels. There are 40 paylines and 3,125 ways to win. Wins can potentially run up to the maximum 5000x the stake. Top features of this slot are the Collector Bar and Free Spins. The four card suit symbols represent the lows.   Diamond, heart, spade and diamond are the low pays, earning from 3x, 4x to 5x the stake. The highs are the bottle of rum, parrot, the sunken ship and pirate. The pirate has the highest value which can pay up to 600x the stake.

A special chest bar above the slot plays on every spin. Random prizes of up to 1000x the bet can be collected multiple times. Major symbols can land a random extra prize between 2x to 100x the bet. The special chest row above the slot consists of small, closed and epic chests. The small chest collects all extra prizes from the reel it landed down. While the epic chest collects all extra prizes from all reels.

Three or more scatter symbols in the bonus award a minimum of 10 free opening up chances to grab an extra win up to 1000x. Small and epic chests remain locked in their positions for the entire bonus round.