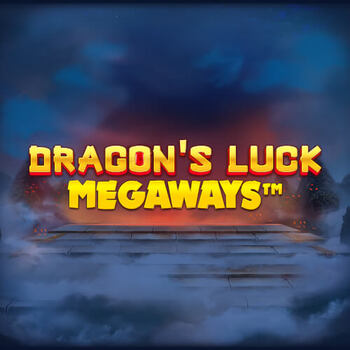 Myths and tales of the golden dragon arise as Red Tiger's 2015 offering is back with a Power Reels Version! Dragon's Luck Megaways will surely give players the entertainment and thrill of an oriental-themed slot game establishing Red Tiger in the iGaming industry. In this third iteration of the slot game, Dragons Luck Megaways got essential upgrades to its core gameplay. This one will not be defined by horizontal reels, increasing multipliers, and cascading symbols. Mystery symbols, mega symbols, and symbol upgrades are the way to go for the players. The 6-reel video slot powered by Red Tiger randomly generates 2-7 symbols per spin that can combine to give players 117,649 ways to win when fully expanded.

Dragon's Luck Megaways has an RTP of 95.69%, which is quite lower than the previous version of 96.24%. The game has a medium to high variance. Retaining visuals from its predecessors, Dragon's Luck Megaways is set atop the Himalayan mountains with peaks covered by clouds as its relaxing backdrop. The grid design is enclosed inside a Chinese temple structure with golden dragon images on each side up top. Hidden features await the player inside the temple. The Dragon Coin symbol begins to rotate and selects a random paytable symbol that will help you get bigger wins. The Mega Coin that appears in the form of a 2x2, 3x3, or 4x4 symbol when hit, splits into dragon coins to reveal a random same symbol. Two dragons lingering on top of the pillars encapsulate the Dragon's Blessing where they breathe fire onto the grid to make visible Dragon coins in the game to flip once more and give better paying symbols.

Dragon's Luck along with the Megaways upgrade is a match made in heaven. Play Dragons Luck Megaways at select casinos now.