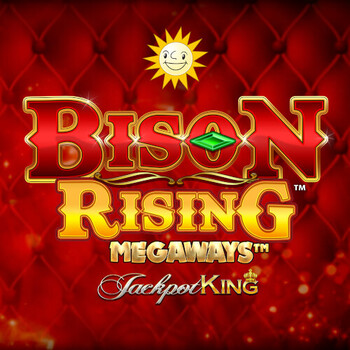 Here are some interesting features of the game. The reel symbols include playing card symbols from green 9 to purple A. The game also includes a large Moose, a Wolf, Grizzly Bear, and a Buffalo. The Buffalo is the highest-paying symbol of the game. This symbol gives you a 50x your stake chance for a five of a kind reel combination. Bison Rising Megaways also has a special Wild symbols. The symbol looks like a Buffalo with the word "Wild" below it. This Wild substitutes for all the other basic symbols in the slot. This gives players a chance to create a winning combination at an easier level. However, this Wild symbol won't be able to stand in for the slot's scatters. Don't forget the additional features such as Reaction, Cascading Symbol, and Mystery Symbol. The Mystery Symbol is represented by a setting sun in the game. The Scatter Symbols of the game are shown as purple gemstones. Scatters are able to appear in any part of the reels and will be able to activate the Free Spins feature. The player will be able to choose on the four Free Spins options. Play Bison Rising Megaways today.