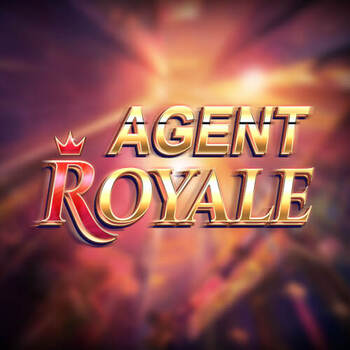 Being a spy is no simple task since it is a complicated world of cloak and dagger. But if you are a person that is into spy games, then Agent Royale is the one for you. In this game, players battle femme fatales and neutralize bombs while receiving sticky wilds and free spins. The game has 5x4 reels and 40 paylines with a 95.77% Return to Player rate.

Players can choose wagers ranging from 10 up to 40 each spin. There are nine ordinary pay symbols on the reels, starting with five metallic 10-A card royals for 1x to 4x the stake for a five of a kind. The premiums, where we may find Dice, Cocktails, Sports Cars, and Bombs, are a little more flashy. Wins ranging from 2.5x to 4x the wager are possible when five of these symbols appear on a payline. Moreover, there are two wild symbols that need to be discussed first. One is a standard 1x1 bomb wild, and the other is an Agent Royale wild that is 1x2 the size. Their main function is to replace any standard pay sign. The 1x2 wild tries to defuse Bomb pay symbols when they appear on the same spin as the wild. If he is successful in severing the wire, the Bomb symbol will change into its wild equivalent which secures one more turn. All wilds are locked for a further spin if Agent Royale successfully defuses more bombs on the following spin. The scatter sign can appear in any place, and features an image of a seductress in female attire. 3 scatters in sight trigger 8 free spins and Agent Royal wild is fixed in the middle of the slot on the initial spin. Each wild that appears during free spins and contributes to a winning combination locks in place for the duration of the feature and grants an additional free spin.

To try becoming a spy, register at Genting Casino, playable on all mobile devices. Just watch out not to play more than necessary in your attempt to earn rewards.