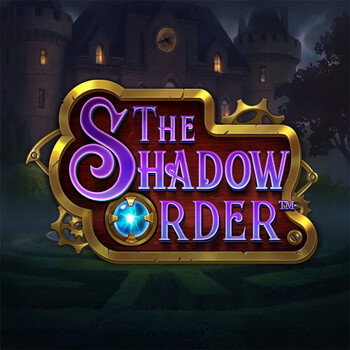 Produced by
Push Gaming
This one has a modern-day appeal, despite its theme being quite Victorian in style. Yet The Shadow Order slot machine builds on the idea of a secret group who have come together to solve the world’s mysteries. It features a maximum payout possibility of 24,204x your stake, and the wins that you form are created in clusters. This medium volatility slot also comes with an RTP rate of 96.98%.

About The Shadow Order

The Shadow Order game is a 5×5 grid slot with cascading symbols, featuring three wild orb modifiers, collectable symbols, four character modifiers and a free spins round. Join the secret society on desktop or mobile from 0.10 to 100 credits per spin. The highly volatile Shadow Order slot has an RTP of 96.51% in default mode, increasing to 96.98% when all four characters are unlocked.

At the start of every spin sequence, 25 symbols drop onto the game grid. Wins are awarded for three to five matching symbols landing horizontally or vertically adjacent. The symbols of the The Shadow Order slot game, except wild orbs, will then be removed and the remaining symbols will drop down before new symbols fall into place to fill up the empty spaces. The sequence continues as long as you hit a win after a fresh cascade. Any progress on the orb metres is reset at the end of every spin sequence.

Set against the mansion of the secret society of the The Shadow Order slot online, the 5×5 grid is flanked by three metres that will illuminate or activate throughout the gameplay. On the top are the wild orb metres which will charge via consecutive cascades and drop the respective orb onto the grid once the metre is fully charged.

Three orbs are sitting in the top left corner which will become successively active when their metre is fully charged. The first orb needs three consecutive cascades within a spin sequence while orb two and three need only two cascades to activate. Multiple winning combos in a cascade count as a single charge.

Once activated, the orbs of The Shadow Order online slot will fall into the empty space before new symbols cascade into place and will act as a wild symbol. The orbs are rolling downward and to the right when space is freed by winning combinations. If an orb lands in one of the three hotspots, its feature will be triggered when you don’t score a win after cascade.

Orbs will be locked in the hotspots until their feature has triggered. Any other orbs on the grid are also locked while a feature is active. Once it concludes they are free to move again. The aim is to get all three orbs to the collection tile in the bottom right corner. Once they reach the spot, they will be added to the free spins metre on the left of the game window. Collecting all three orbs within a spin sequence will trigger the free spins feature.

The Shadow Order at Genting Casino

The Shadow Order can be played at Genting Casino. Genting Casino is one of the UK’s most trusted online casinos. It offers a 200.00 bonus for new players. And also, it provides instant cash payouts, and the site also has a huge library of titles for players.