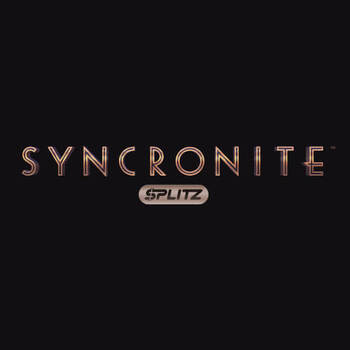 Produced by
Yggdrasil
Set to be launched in November 2020, Syncronite Splitz slot will deliver only the best possible playing experience to players. This game has an intuitive user interface and clear graphics that bring symbols to life. Its developers saw to it that the game is playable by veterans and new players as well. The game comes on various platforms including mobile and desktop. When you play Syncronite Splitz slot, you get a retro and vintage vibe. The game has a classic theme that takes you back in time. It has a medium variance and an RTP of 96%. One unique feature about the game is that players can win up to £1,200,000. This is the set jackpot for the game and it is not progressive. During a game, you can adjust your bets using the plus or minus button. Syncronite Splitz slot online is quite mechanical and contains mystery symbols that drop off the reels. The tile then splits into different signs revealed by various animations. Every cluster formed in the game can reveal as many as twelve symbols. Each symbol presents a unique prize. Other than the retro design and theme of the game, you have a chance to win cash when you play Syncronite Splitz slot online. When you sync reels, the symbols split giving a potential win of up to 64,000 times your bet per spin. If the synced reels reveal the same symbol, the mystery symbols fall from the reel revealing more ways to get the maximum prize. Syncronite Splitz Special Featurs It is common for online slots to award players with free spins. This is no different in Syncronite Splitz. Players get to benefit from up to thirty free spins triggered by merging similar signs on the reel. With five reels and forty paylines, you can easily land on a winning symbol. Jackpot coins in the game reveal jackpot prizes while splitz symbols show bigger prizes. Syncronite Splitz considers players from all income brackets. To this end, the game's minimum bet amount is set at £0.10 while the maximum is £40. The 3D icons deliver a cool urban video slot that will rank highly among renowned games. All the music and sounds in the game are pitch-perfect and soothing. The bright background of the game also makes it easy to play. Syncronite Splitz is available in instant play as a mobile casino game. The game can integrate with several operating systems such as iOS, Mac, Windows and Android. If you fancy larger screens when playing, you can get the game on tablets, desktops and laptops. No matter which device you use, the experience will be thrilling. There is also the option to play the game in silent mode.

Syncronite Splitz is an electrifying new mechanical game that will give you the delight you seek. This game is available on multiple platforms and therefore you can instantly play it. Though the game exhibits a retro and vintage theme, it incorporates modern technologies to bring out the best quality of sound and graphics. Sign up for the game now and see what all the fuss is about.