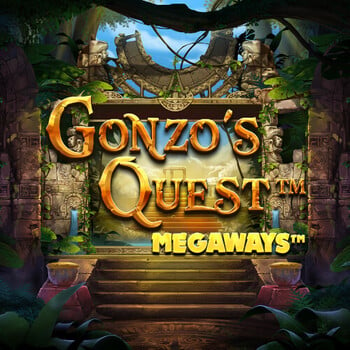 Gonzo's Quest Megaways slot is considered as one of the games that will revolutionise the slot industry. The game comes with a bunch of features, such as free spins, avalanche multipliers, earthquakes, and unbreakable wilds. With 117,649 ways to win and a max win of 21,000x, the new game truly surpasses our expectations. All You Need to Know About Gonzo's Quest Megaways

Gonzo's Quest Megaways is an online slot created by Red Tiger Gaming. The slot is a new take on the original Gonzo's Quest, by NetEnt. Back in 2011, the original Gonzo's Guest landed among the world's most beloved games, due to features such as increasing multipliers and cascading reels. Play Gonzo's Quest Megaways slot and experience a new touch of gambling! The remake is certainly promising, since it's a product of a collaboration between two major developers in the slot industry, Red Tiger and NetEnt.

Gonzo's Quest Megaways slot online has the same design as the original, but it has enhanced visuals. While the remake remains similar to the original, it has considerably upgraded with regards to the graphics and themes - not to mention providing extra winning potential. To play Gonzo's Quest Megaways slot online is quite simple and enjoyable. The game is played out over six reels, with 2-7 symbols appearing on each spin. Players are required to get three or more matching symbols on neighbouring reels. The higher the number of symbols that land on the reels, the more winning ways are obtainable.

The achievable winning ways range between 64 and 117,649. Unbreakable wilds are a key feature, and probably the most worthy one for those interested in playing Gonzo's Quest Megaways. The feature is termed 'unbreakable' since it does not disintegrate after participating in winning combinations and stays on the grid for the duration of the spin. Unbreakable wilds substitute regular symbols to create more winning combinations. Each spin is capable of landing two wilds - one in the first three reels and the other in the remaining three reels. Besides performing winning combinations, the unbreakable wilds help activate the free spins bonus. As in most Megaways games, the free spins feature is necessary for activating bonuses. A player requires at least three free spins to get a bonus.

Considering that the unbreakable wilds do not disintegrate after participating in winning combinations, the multiplier effect can contribute to amazing wins. The earthquake feature is another bonus that can be activated while playing Gonzo's Quest Megaways. This feature is triggered randomly on avalanches. When an earthquake drops into the empty spaces on the reels, all low paying symbols in view break, permitting only the high paying symbols to enter the vacated space. Such a feature makes Gonzo's Quest Megaways a lucrative business. The earthquake feature can change even the worst outcome into a series of wins. This is definitely one of the possible reasons why Gonzo's Quest Megaways is garnering cult status among gamblers around the world. With the high chances of winning, players are tempted to gamble more. The earthquake feature is also available during the free spins round, contributing to epic wins and bonuses.

Why not try the original Gonzo's Quest game or some of our Genting Picks like Eye of Horus or Divine Fortune Megaways.