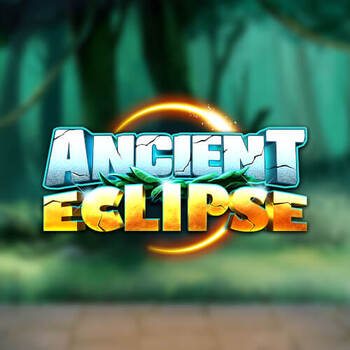 Produced by
Yggdrasil
Harness the sun's and the moon's power in Ancient Eclipse slot, a 2020 collaborated release by Yggdrasil and Bang Bang Games. Inspired by the Mayan culture, this slot game comes with an interesting storyline and some very innovative gameplay. In addition to that, there are plenty of bonus features including the Eclipse feature, Sun Frames, free spins, wilds and scatters. Get into the Mayan temple with Ancient Eclipse

Punters can play Ancient Eclipse slot on a 5x4 grid with 50 paylines. A winning combination is formed when three or more identical symbols are arranged on a payline, beginning with the first reel. Bets can be placed with a minimum of 20p up to a maximum of £100. However, an Autoplay option is also available, which will allow one to do 10 to 250 spins.

The RTP of the game is 96.53%, which is quite favourable. A winning spin can occur averagely once in every 3.4 spins, which translates to a 29.4% frequency hit rate. Playing Ancient Eclipse slot online may put a player on the pathway to attaining the 4,000x max payout. This is somehow possible keeping in mind that the volatility is in the medium-high range.

The game incorporates a Mayan theme. The setting is a Mayan temple and in the background, there is a thick jungle. Players will notice the nicely crafted visuals when they play Ancient Eclipse slot online. Going along with the action is the drum-heavy but rhythmical soundtrack. The reels sit between the stone walls and it's also here where different kinds of symbols can be found.

Players will enjoy lots of exciting special features in this slot game. Leading the action is the Eclipse feature, which can bring about wild symbols as well as multipliers. This feature is triggered when a moon symbol makes a landing in a Sun Frame. Every position that includes a moon symbol and a Sun Frame is then transformed into a wild.

A payout is then calculated with all the wilds in their positions. If the Eclipse feature is triggered with more than one moon symbol, a multiplier will also come into play. This will also influence the total payout. For example, if two moon symbols are used, the payout will be doubled. Once all symbols transform into wilds, the Sun Frame clears from the grid.

Then there is the Free Spins feature, which is triggered when three moon scatter symbols land during the same spin. Twelve free spins will be awarded. When a spin starts, any wild symbol that landed during a previous spin will deliver a Sticky Sun Frame. This Sun Frame will then remain active, as long as the free spins feature keeps on running.

The gameplay in this slot game needs a bit of getting accustomed to. A player can wait for quite long for an eclipse, but the wilds will make the wait worthwhile. The Free Spins feature will also spice up the action when the Sun Frames deliver an avalanche of wilds. Combine this with the nicely-done visuals and the creative gameplay and the result is an awesome video slot.