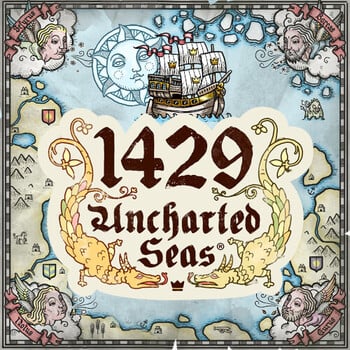 Produced by
Thunderkick
The deep ocean has always been an inspiration for many slots developers and Thunderkick has joined the bandwagon. Incorporating a pirate theme, the 1429 Uncharted Seas slot takes players back in time to the early years of sea exploration. This marine adventure also comes with plenty of riveting bonus extras. They include the expanding wilds feature and a bonus Free Spins round.

Players can play 1429 Uncharted Seas on a grid that contains 5 reels, 3 rows and a total of 25 paylines. Winning combination are produced by landing 5 identical bonus symbols across the paylines, starting with reel 1. The game seems to promise favourable payouts throughout. This is due to its 98.5% RTP, a rate that is way above the average.

Like most games from Thunderkick, 1429 Uncharted Seas slot online is available to play with conducive bet levels. The minimum bet is 0.10 coins per spin while the maximum bet is 100 coins. In terms of volatility, the game is low hence frequent small wins should be expected. In addition, the maximum win in one spin is 670x the total bet.

Players will find a pirate theme when they play 1429 Uncharted Seas slot. Symbols available on the reels include sun, stars and moon alongside sea creatures such as mermaids, octopuses and lobsters. The mermaid is the most rewarding symbol as it pays up to 50x the bet for five in combination. There is also a ship that serves as the wild symbol of the game.

This occurrence can offer more opportunities of landing new winning combinations. Landing wild symbols on all the three central reels will award three wild reels that can really increase the potential of the game. Then there is the bonus Free Spins feature. It activates when the scatter symbol that's represented by the compass lands on the game's grid during a single spin.

As a result, players will receive a number of free spins according to the number of participating scatter symbols. Landing 3, 4, or 5 scatters will award 10, 20, or 50 spins respectively. Furthermore, the free spins can be retriggered by landing more scatter symbols in subsequent spins. Frequent retriggers of this bonus feature can award up to 100 free spins.

This video slot is quite unique in how it looks and feels. The gameplay is quite simple and the bet levels are favourable to all players. Apart from that, the game's low volatility and 98.5% RTP makes it a great pick for players who wish to maximize their bankrolls. What's more, there is a 670x the bet max win on offer.