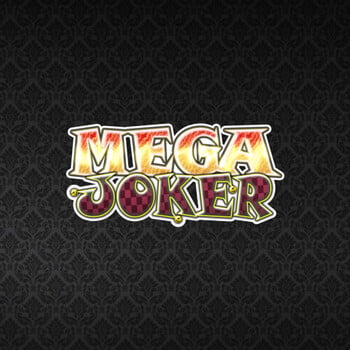 Produced by
NetEnt
Mega Joker slot is an online slot game from one of the leading game developers, Novomatic. The slot game has five reels and 40 paylines. When the reels spin, players will be granted access to the wild symbol, gambling game, and scatters. Mega Joker's biggest paying combination is the five scatter symbols. Continue reading to learn more about this fun and exciting slot video game.

Get ready for some hot action with Mega Joker

Players can play Mega Joker on a grid that contains five reels, four rows and 40 paylines. To generate winning combinations, multiple similar symbols or wilds should land on the grid, from left to right. The RTP of the game is 95.05%, a figure that is a bit below average. Additionally, the volatility lies between the low to medium range.

The Mega joker slot online is available to play with friendly betting limits. The minimum bet is 0.10 coins for a single spin while the maximum bet is 10 coins. However, players can still alter their bet size if they wish by using the Autoplay feature included on the interface. The maximum payout of this slot machine is 16,000 coins.

Players will come across a fruity theme when they play Mega Joker slot. Symbols available on the reels include yellow and red 7’s, strawberries, pears, watermelons, plums, orange, cherries, lemon and a bunch of grapes. Apart from that, there is also a scatter and a wild symbol. These will be responsible for triggering some bonus features which we will discuss next.

Players should keep a keen eye for the wild which is represented by the joker image. When it appears on a line, it substitutes any regular symbol except the scatter symbol. Apart from that, it will also give a reward according to the number of symbols appearing. Getting the maximum number of five joker symbols will reward up to 4,000 credits.

The scatter symbol, on the other hand is represented by the image of a star. It has an edge over the regular symbols because it does not rely on the arrangement on the line and reels or on a particular pattern. In addition, it also pays the biggest rewards, so players should look out for it when playing Mega Joker slot.

Last but not least, doubling-up rounds is the only way to increase rewards won in the main game when playing Mega Joker. This is known as the gamble bonus feature, and it triggers when a winning combination shows up on the game screen. The amount a player is able to win will depend on their stake per line in the game.

Mega Joker is an exciting and fun slot game. It is also very popular across the different online casinos and among casino players. Though the game does not have free spins and other round up bonuses, the wilds will make up for the lack of this. In addition, it also comes with attractive payouts and a maximum win of up to 16,000 coins.